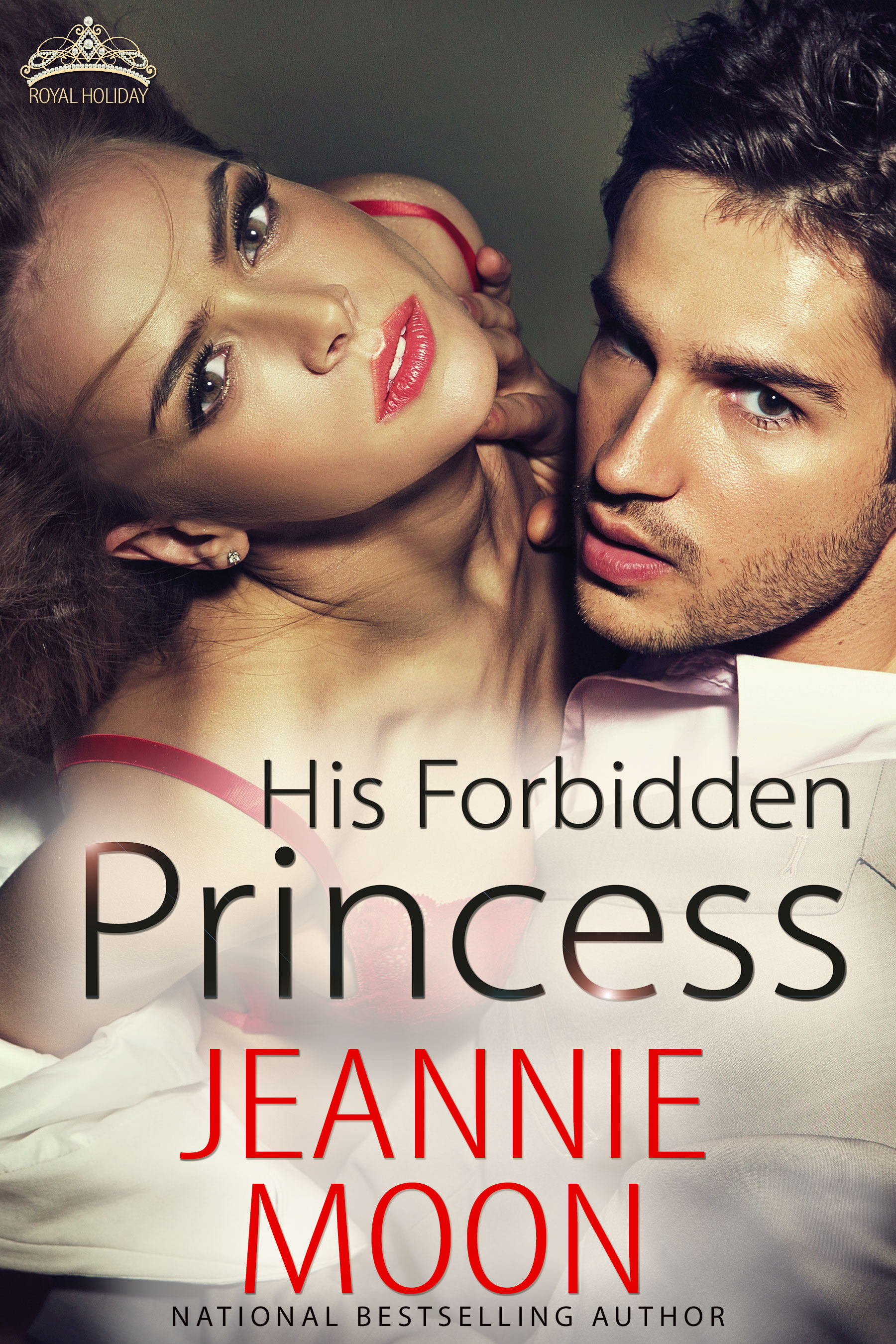 Eight years ago, university student Ian Stuart fell in love with his sweet, beautiful classmate and he’s never forgotten her. Sofie loved Ian with all her heart in return, but she didn’t trust him with one little detail about her life.

She was a princess, and they could never be together in the outside world.

Now Crown Princess Sofia is in danger. An insurgent faction in her country has targeted the royal family, and while Sofia is visiting the United States, she is forced to go into hiding. Assigned to protect her is none other than FBI Special Agent Ian Stuart.

Once again Ian and Sofie are in an impossible situation, fighting their feelings for one another, while trying to stay safe. But will their love for each other prove to be the most dangerous game of all?

Special Agent Ian Stuart’s eyes were locked on the surveillance van monitors. The subject was exiting her vehicle and making her way towards the entrance of the high end department store on Fifth Avenue for a bit of shopping.  She turned the heads of several men walking by, but no one knew that the gorgeous brunette was a visiting dignitary from a tiny European country.

A small child darted in front of her, stumbling, and of course, she stopped to help the little boy.

“Get inside the bloody department store, gorgeous,” Ian grumbled. Too much time outside, in an environment with limited control, was never good.  Granted, everything seemed alright, no one knew who she was, but lately any VIP visit to the city brought out the whackos. A limo with diplomatic plates was more than enough to attract attention. Add to that today’s visitor was a royal with a target on her back, and the situation became that much more critical.

He worried too much, he knew that.  Any glitch, any unexpected movement on the part of the dignitaries he was charged with guarding, and Ian lost his shit.

But he had to give her credit; Crown Princess Sofia of Aubonne wasn’t going to bow to threats. The rebel factions that had terrorized the royal family of her small European country for almost a decade had promised more bloodshed—more death—if their demands for the overthrow of the royal family weren’t met.  And that was no lie. The violence had escalated over the past year, resulting in the death of Sofia’s elder brother, which left the petite, brunette beauty as the heir to the throne.

“What is she doing? Damn.” Now she was having a conversation with the kid’s mother. “She’s such a pain in the ass.”  Which made her just like every other royal who breezed into town.  Ian had been working on Princess Sofia’s protection plan for a month, checking possible vulnerabilities and coordinating with security agencies.  The political turmoil in her home country added a layer of complication, but Ian stayed on top of it.  He treated her visit with the same care he gave every other dignitary. But she was more. She’d always been more.

One of the other agents, Paul Burns, who was monitoring the situation, laughed.  “You know her, right?”

“I knew her when I was at school in England for my masters.” He didn’t elaborate. Paul didn’t ask.

“That’s right. You have way too many letters after your name, man. Why are you here doing this kind of work exactly?”

Ian shrugged.  “I’m here because I like the work, it’s important and I’m good at it.”

And he was.  Ian headed a squad of counter terrorism specialists.  His training as an Army Ranger, his education, and his interest in working with other agencies to protect those vulnerable to attack made this the perfect job for him—Ian popped an antacid in his mouth—even if it wasn’t the least stressful.

Foreign heads of state were the most problematic guests.  Their own security force wanted to keep control, however they didn’t understand the pitfalls of moving around in a big city like New York.  The princess’s people were no different, and the arrogance her chief of security added to the mix gave Ian a serious desire to kick the guy’s ass.

She was outside too long. Too. Damn. Long. He watched the street, the traffic, and the people moving on the sidewalk by the store and across the street.  Nothing was considered unimportant.  Ian worked the details, just like always.

Everything seemed fine, but he wished the princess would keep with the program.

Finally, she went into the store.  Thank God.

“You need to calm down, Stuart.  She was just being nice to the kid and his mother.”

Nice. He didn’t want her to be nice; he wanted her to stay safe. Being nice, being vulnerable, is what got people killed and no one was going to get killed on his watch.

Settling into the stiff plastic chair that had been bolted to the floor.  Ian continued to watch the street outside.  It was a really nice late spring day.  If he wasn’t working he’d be outside someplace, running, or maybe out on a boat with a rod and reel, not necessarily trying to catch anything, but just to kill time on the water.  Ian hadn’t done anything to kill time recently, he didn’t relax.

His chirping cell phone broke his train of thought.  “Stuart.”

He straightened and listened. “Go. What is it?”

“You know the threats we’ve been watching regarding the royal family in Aubonne?  There’s been an attack.  The queen, the archduke, and Princess Anna were traveling to their residence in the mountains and someone ran their car off a narrow road.  There were at least three gunmen and if it wasn’t for some very smart driving by their bodyguard, they’d all be dead.”

Ian turned to his partner.  “Go into the store, find the princess, and as quietly as possible, get her out of the store and into her car.”

“What should I tell her?”

“Just tell her there’s been an emergency change of plans and it’s necessary for her safety.”

“Okay. What if she says no?” Paul stood, putting on his suit jacket.

Paul nodded and headed out of the van, “Whatever you say, boss.”

Ian went back to his phone conversation with Lisa. “Get a couple of agents to the Waldorf. I want that place locked down. Everyone gets checked.  Everyone.  I don’t care if it’s the General Manager’s grandmother.”

“Got it,” the voice responded in his ear. “Are you on your way there?”

“I’m going to the office first. I need to figure out our next step, but I should be there soon.”

Ian waited until Sofie was out of the store and her car safely on its way.  Once he was back in the van, Ian started the engine to get them back to the office.  He had an idea.  It was radical, but the more he thought about the information coming in, the more he thought about the way the attack on her family went down, the more Ian believed there was someone inside the palace who knew the family’s movements.

Which meant someone knew exactly where Sofie would be and when she would be there.  He had to change that.

Paul slid into the passenger seat. “She was pissed.”

Sofie was a firecracker when he’d first met her, and he was happy to hear that hadn’t changed.  She took shit from no one.  Well, no one except her mother. “She didn’t make it too hard, did she?”

“No, but her personal secretary?  Louis, some French guy, was insane.  I swear I almost knocked him out.”

Ian made a mental note about the secretary, because the last thing he needed was anyone running interference when Sofie’s life was at stake.  Seeing her was hard enough, but now Ian was putting himself back in her world and he had no idea how they were going to handle it.  He had to be the professional.  He had to keep his distance. But he also knew this was Sofie, and that changed everything. The last thing he needed were members of her entourage going off the rails.  He also had to consider every one of them was a suspect.

His first thought was that she needed to go into hiding until they caught the bad guys.  But where?  Someone was in the United States ready to go after her, and it was Ian’s job to keep that from happening.