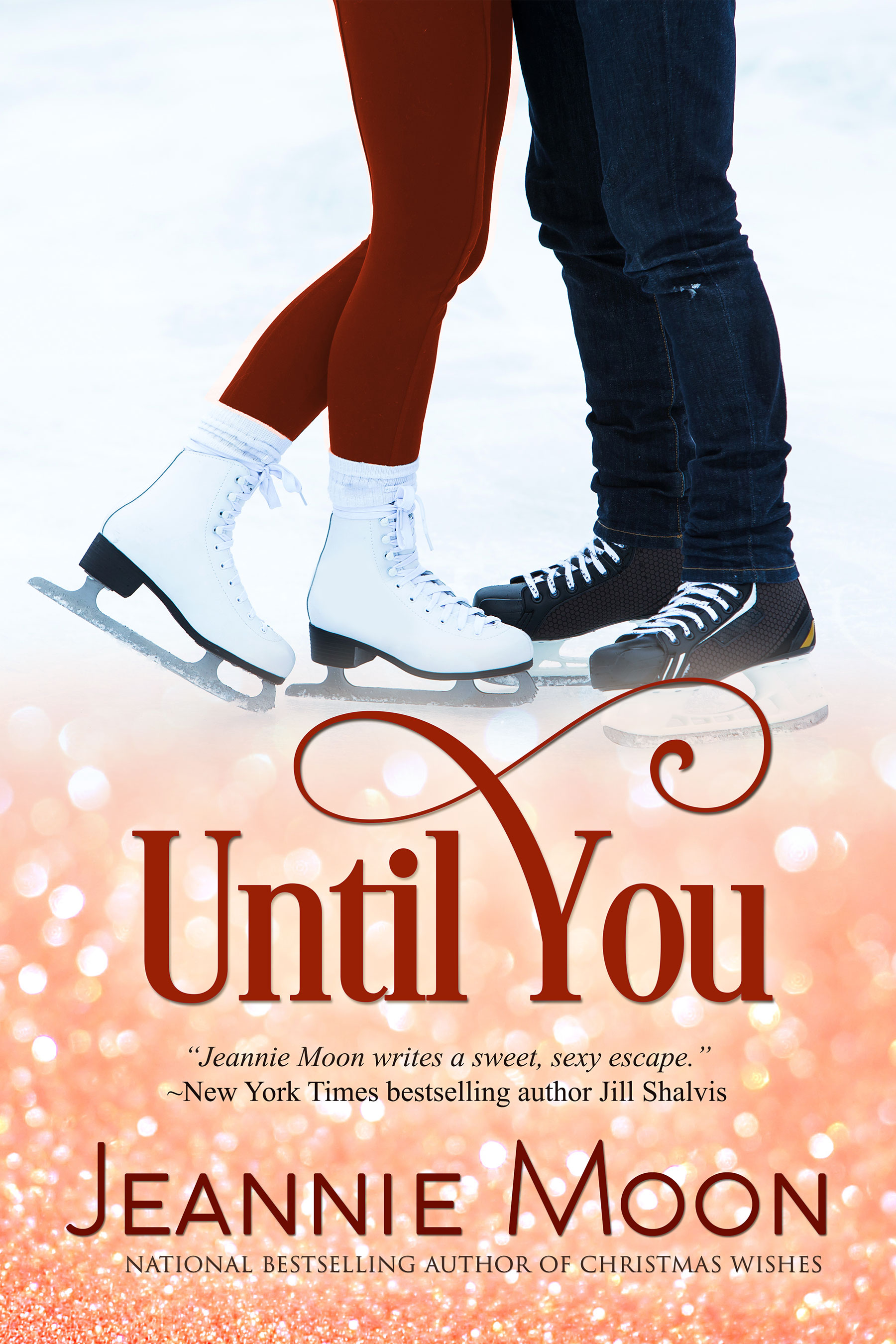 Kate spent her fortieth birthday in a hotel bar overlooking the Pacific Ocean, celebrating the milestone with a bottle of red wine and her divorce papers. Fiddling with the stem of the wine glass, she stared at the bulky package. The documents had arrived right before she’d left on her trip to California and, for the life of her, Kate didn't know why she'd brought them with her. Maybe she needed a dose of reality. Maybe she needed to work up a good mad. Maybe she was using them as an excuse to feel sorry for herself. It really didn’t matter.

Her life was changing faster than she could keep up.

The events of the past ten months were a blur. Her ex-husband was going on a trip as well, taking his fiancée to Europe. Richard’s paramour was a thirty-five- year-old adjunct English professor and sometimes writer who sprinkled her casual conversations liberally with academic drivel and spouted pretense wherever she went.

The woman pushed every one of Kate’s buttons. Tall and exotic looking, Marie professed to be a literary novelist. What bullshit. Kate was the novelist. Kate was the one who had, surprisingly, over two hundred and fifty people show up for her last book signing. Marie what’s-her-name did do the whole intellectual artist thing well. Always in black and unimpressed by the world around her, the woman was a cliché. She walked the walk and talked the talk, but who the hell read her books?

Kate swirled the last of the wine in her glass and took a deep breath. Cliché or not, the “other woman” forced Kate to see what a mess she’d allowed her life to become. A million best sellers wouldn’t fix that.

Biting her fingernail, Kate poured the last few drops of wine into her glass. Where did the bottle go? An expensive bottle of Shiraz was gone and she didn’t even feel like she had a good buzz. Boy, that sucked. She wanted to get drunk on her birthday and couldn’t even do that right.

Glancing at her watch, she saw she’d been sitting on the deck, outside the bar, for over four hours. That would explain why the wine hadn’t done any good. If she’d stayed inside the bar, she would have downed the bottle more quickly, but instead she lost herself in the seventy-five degree sunshine and the cool breeze off the ocean. There were people walking on the beach and a few wet-suit clad surfers in the grey-green water, and she let the scene play around in her mind. There were stories here, but then again, there were stories everywhere.

Opening her bag, she placed the leather-bound journal on the table and started to jot down ideas. She wrote notes about what she experienced, taking in the sights and sounds and smells. This would be a great place to set down one of her characters.

Her recent attempts to get any words down were a joke. The plot was weak. Her research was shoddy. And the honorable, brave heroine, whom she’d written over the course of the series, became a vengeful shrew, hell-bent on punishing everyone in her path. Oh yeah, her readers would love that. But regardless of the problems Kate was facing, she had to get back to her writing. She had a contract and a career and a reputation to consider.

A lone teardrop blurred the ink on the journal page. It spoke volumes. Professionally, Kate would get a handle on things, but personally, her life was a disaster.

David had been watching the woman on the deck for almost half an hour.

Three times he’d started over to talk to her. Once he chickened out, reminding himself he was past the point in his life of having to find a woman in a bar. The second time, he was halfway to her when her cell phone rang. The third time, he’d gone through the open door and was about to take the final few steps toward her when she pulled a book out of her bag and started writing. It was the last time, when he was just a few feet from her, that he caught a whiff of her perfume and got a look at her up close. Brown hair, smooth skin, and she didn’t wear much make-up. Not that she needed it. She wasn’t flashy, but quietly sexy; from her tailored slacks to the soft blue sweater that allowed just a hint of cleavage to peek out, she was a refined package. Women like her never went for guys like him.

This, of course, was why his buddies had issued the challenge. Assholes.

He was about to walk out of the bar and forget the whole shittin’ bet when he saw her draw a deep breath, push her sunglasses up onto her head, and wipe at her eyes. She was crying. In most cases that would have been enough to scare him off, but the fact she might need someone changed everything. David went to her, because if nothing else, he saw an opening he could use to his advantage. Game on.

Circling her table, he saw an empty bottle and a wine glass. The woman didn’t look drunk, but he proceeded cautiously, just in case.

Still moving slowly, David took her in. Damn, she was pretty. For the first time he could see her eyes. They were hazel— not quite green, not quite brown, large and surrounded by dark, spiky lashes. She placed her book in her bag and let out a shaky breath. Her hands were steady, her demeanor calm. Obviously upset, but definitely not drunk. When she looked up and caught his gaze, David felt a whole new kind of kick in his chest. Something about this woman, about the way she looked at him, stopped him cold. When she finally broke eye contact, David regained his senses.

“Hi,” he said, willing himself to say something. What the hell was he doing? “Are you all right?”

Gazing up, her lower lip quivered, but before speaking she sucked it in and composed herself. “Yes, thank you. I’m fine.”

“You don’t seem fine.” He moved around the table in her direction. End this. End this. David’s conscience screamed at him. This is a dick move. Leave her alone.

“I am. Really.” She stood and he saw she was a tiny thing, petite, but with curves in all the right places.

When she started to leave, he almost let her, but his competitive streak got the better of him and he touched her arm. The woman jerked back and David pulled his hand away, realizing he’d crossed a line.

Again, those eyes drilled into him, flustering him, so before he could stop himself, the first thing that came into his head flew out of his mouth. It wasn’t clever. It wasn’t witty.

He simply got to the point. “Please don’t go.”

Her voice was clear and soft; she wasn’t afraid, but confused. Hell, he was confused. He needed a line. But instead of something smooth and charming, he was bumbling.

“David. David Burke. I’ve been watching you for a while and I just got up the nerve to talk to you.”

The woman stared blankly. David couldn’t tell if she was annoyed or disgusted. It didn’t matter; neither would get him what he wanted. “You looked upset a few minutes ago. Can I help?”

“I don’t need your help.” Her jaw was set, her gaze steady. Initially, his woman may have seemed vulnerable, but it was obvious she was no pushover.

“What’s your name?” he asked. “There’s no harm in telling me that.” Please tell me. Or I’m out a few thousand bucks without even getting up to bat.

Her mouth curved into half a smile. “Kate Nicholls.” She paused and chewed on her lower lip. “Thanks for your concern, but I’m fine.” When she started to walk away again, David took his last shot.

“Would you have dinner with me?” The question shot out before he could stop himself. He wanted a drink and some sex. Dinner would mean he’d have to have a conversation, but he was desperate.

“Oh, I don’t think—” A loud crash inside the bar, provoked a roar of laughter and a huge male body stumbled outside and landed on his hands and knees. Her scowl was unmistakable. “I’ll be so happy to go home tomorrow.”

“Why is that?” He tried to ask the question as innocently as possible, but based on her reaction, he pretty much knew the answer.

“With all the idiot hockey players in and out of this hotel, it’s been like living in a frat house.”

No surprise there. The guy who’d almost face-planted on the deck was one of his teammates. Kate snarled as the kid belched with enthusiasm. Perfect. Hopefully, the rookie wouldn’t talk to him.

Graves was an asshole. Talk about getting hosed. David was thinking he could toss the son of a bitch into the cold ocean as revenge, but the idiot was so drunk he’d sink like a stone. He turned his attention back to Kate, who nailed him with those gorgeous eyes of hers.

“No.” His answer came out on a growl. “Padre is a nickname.”

His eyes settled on his teammate, who was examining the deck closely for some reason, and then David looked back at Kate. He had nothing to lose at this point. “Will you have dinner with me anyway?”

“Please?” He smiled. “I promise I’ll be on my best behavior.”

“I don’t even know you.” A grin teased the corners of her mouth and she nodded toward his teammate who was easing his way off the deck. “You could be insane, like your friend over there.”

He laughed. “We’ll tell the desk clerk that we’re leaving together. If they’re worried about you, they’ll know to find me.”

She glanced away, but he waited patiently and almost willed her to look at him. David wanted her to believe he wasn’t like his teammates, so he asked again. “Don’t make me hang out with that bunch. I’ll be scarred for life.”

A smile played on her lips and in her eyes. “Okay, dinner.” Pausing for a moment to consider him, she took out the notebook and wrote something down.

Kate grinned again and looked at him. “A note,” she began. “So I remember to find myself a good psychiatrist.”