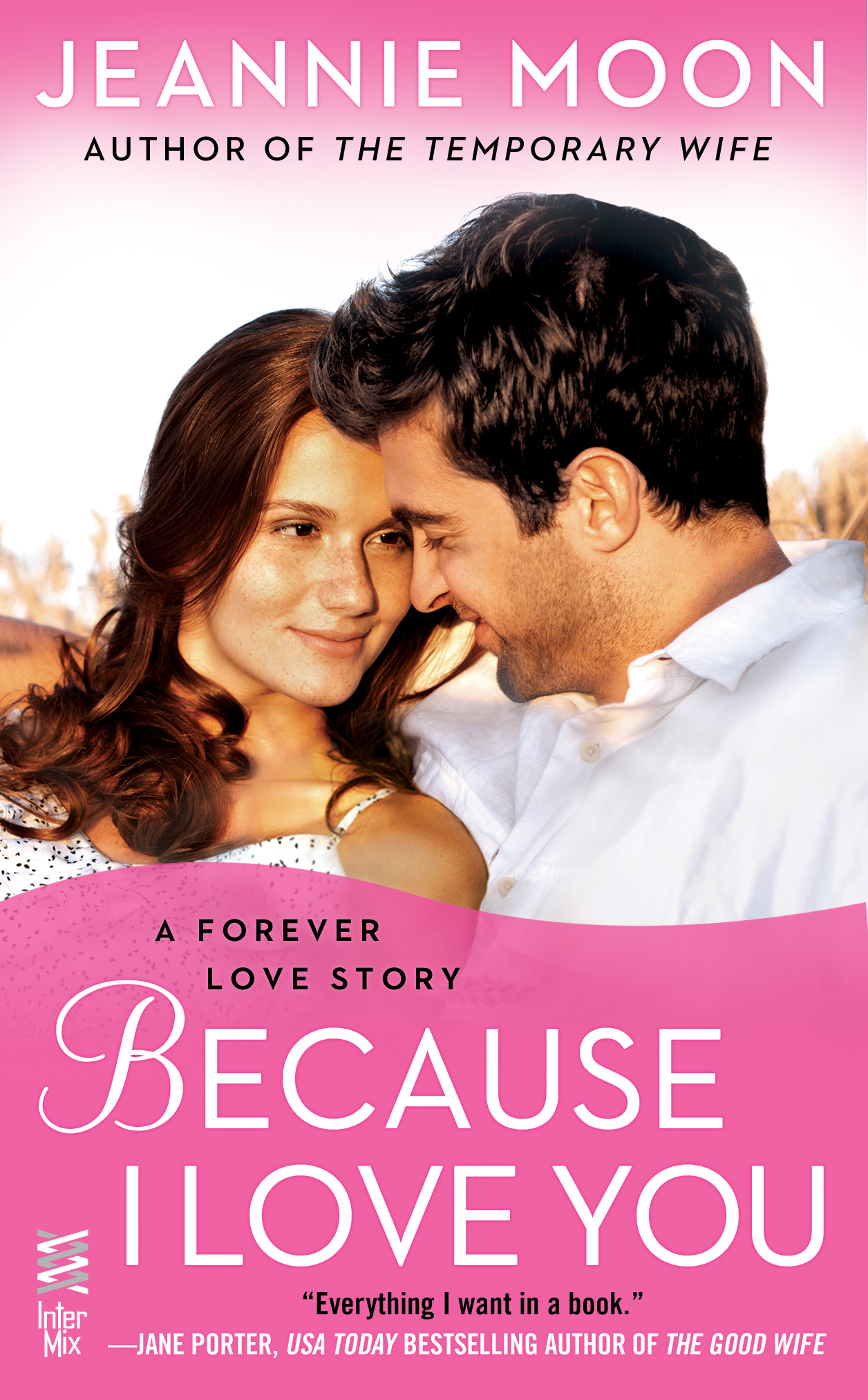 Leah Bayard doesn’t have time for a relationship. She’s an up and coming securities attorney with one thing on her mind: her career. But when she meets Tristan Ward, the gorgeous Brit, who is in line to become the CFO of her brother’s tech startup, Reliance Software, Leah decides she might have a little time in her schedule for a friends-with-benefits relationship. No strings attached, of course.

As things heat up between them, Leah’s past threatens not only her job, and reputation, but Tristan’s as well. Stuck in an impossible situation that could blow up at any moment, Leah wants to save her career, but for the first time wonders if it’s worth it. Especially if it means losing Tristan…

Now, she has to make a decision that will change the course of her life: hold on to the first real relationship she’s ever had with a man she’s come to love, or give all that up to pursue the career of her dreams.

Nothing hindered a quick getaway more than not being able to find your underwear.

Tiptoeing around the dimly lit bedroom, Leah Bayard was getting desperate. She looked all over the floor, under pieces of clothing, under the furniture. It had Leah wondering if she even made it to Tristan’s bedroom wearing her thong or if he’d pulled it off when they lunged at each other the minute they walked into his apartment.

No. His hands had worked magic on her when she was shoved against the wall in his living room, but she was definitely wearing her thong when he tossed her on his bed in the most wonderful caveman move. By then, her now missing thong was the only thing she was wearing.

The recklessness with which he pulled it off her didn’t seem to matter at the time, but now the temperature had dropped to just above freezing, and even though the wisp of black lace was probably the skimpiest thing she owned, it was better than going commando. Leah shivered at the thought, and with her hands on her hips, glanced around the room again. She’d found her bra lying on the coffee table, her dress in a puddle on the floor, and her shoes had dropped off when he’d thrown her over his shoulder . . . but where the hell was her thong?

“Looking for this, love?”

The deep voice that came from behind her filled the room with warm seduction. How did he do that? One word from Tristan Wade, and Leah was a puddle of goo. That was why she was trying to get away without waking him up. She was in a heap of trouble where Tristan was concerned. Since she’d first met him last summer, at the family July Fourth barbecue, the man who was going to take her brother’s place at Reliance Software was never far from her thoughts.

His sultry good looks and easy smile made the normally unflappable Leah weak at the knees. When he touched her, whispered in her ear, laughed with her, she was lost in the moment, and Leah didn’t have time for lost moments.

That they’d had sex was another problem altogether. Not that the three orgasms he gave her were a problem, but she didn’t want a relationship.

And the way he made her feel screamed relationship.

“Leah?” There was that voice again, his marvelous baritone enhanced by his cultured British accent. Sweet Jesus. And he was right behind her now, his warm breath caressing her neck. “Leaving, are you?”

“Uh, yes. I should go.” She still hadn’t turned around. When she did, her gaze would be captured by his deep chocolate-brown eyes and that would pretty much put her right back under his spell. And probably back in his bed. He wasn’t like any other man she’d ever encountered. He was strong, commanding, but there was something so gentle and kind about him.

Suddenly her thong appeared in front of her face, held securely by Tristan’s fingers. “Here you go.”

Perfect. Turning her face to his, the slow meltdown commenced as soon as they locked eyes. God, he was beautiful. His bone structure was defined, graceful . . . the word regal came to mind every time she took in his face.

Gah. This was out of control. Time for her to go.

“I’ll take that,” she said, snatching the lingerie from his fingers. In a move Leah never would have called attractive, she pulled on her panties, adjusting them under her dress. Certain she looked ridiculous, tugging and wiggling so the thong was in the right position, Leah avoided making eye contact with Tristan again. He got to her. Physically, mentally, the man knew how to push all her buttons.

He made her laugh. He made her think. He challenged her, and at the same time kept her from getting lost in her own head.

Tristan made her forget about the bullshit at work, and the changes taking place with her family. With him, Leah could let all the problems go. He’d become a friend and she wanted to keep it that way.

He didn’t take it easy on her, either, didn’t let her take herself too seriously. Chances were he was laughing behind her back as she fought with her thong. Just the thought of it made Leah smile.

But the smile turned to a sigh as she felt Tristan’s lips touch the sensitive spot where her neck met her shoulder. Heat curled through her, centering low in her belly. “Mmmm.”

The sound came out of her without consciousness or reason. It was betrayal, that’s what it was. Her need took over, and self-control went right out the window.

“You smell so good, Leah. Like a garden after the rain. Come back to bed.”

He was so tempting. Too tempting. “I have to go.” It was all she could do to get the words out.

Grabbing her hand as she stood, Tris pulled her back into the bed. “Why? It’s six o’clock on a Sunday morning. No work to run off to. There’s no reason for you to be sneaking out.”

He threaded his fingers with hers and leveraged himself up, hovering over her. His chin was covered with a villainous scruff and his eyes were dark and playful. But it was the smile—his playful, mischievous grin—that completely did her in.

“Are you going to tell me why you were ready to bolt?”

He wasn’t letting it go.

Leah looked away, because she’d so been caught. Much to her mother’s chagrin, aside from Christmas, Easter, and a wedding here and there, Leah hadn’t set foot in a church in years.

Tris saw right through her. But hell, she was a lawyer, she could make this case. “Contrary to what you think, I’m not a heathen.”

“I never said you were a heathen. But I think after last night, you might need to do a little more than pray to absolve yourself. It’s possible one or two of those things we did might send us straight to hell.”

She laughed in spite of herself. He could be right about that. “I really should go. I didn’t plan on staying over.”

“I know,” he replied, dropping a soft kiss on her forehead. “I don’t think you planned on any of this.”

“No, I—” Stammering was not her thing, but how did she answer him? She was wickedly attracted to the man, which was the main reason she’d kept her distance. Leah wasn’t sentimental, but she was smart. She never made the same mistake twice. “I’d hoped to keep things friendly between us. Sex complicates things.”

Still holding her hands gently, she felt the heat from his naked body seep through her clothes. “It can,” he said as he nipped her chin. “But we’re adults. We can remain friends and keep the complications to a minimum.”

In theory, he was right. They were both professionals. Tristan was the new CFO of the tech company her brother and his two best friends took to the stratosphere, and she was a senior associate at one of the most prestigious law firms in New York City. They were smart. Levelheaded. Focused. “So what are you saying? Friends with benefits?”

He raised an eyebrow and shrugged. “Why not?”

Why not? It was a good question, and while Leah was never one to sleep around, she’d gone too long without a physical relationship. Tris was the first man she’d been with in three years. And it was nice. She liked being with him. They got along well, and the sex was great.

There was no reason they shouldn’t enjoy each other’s company. They were two hard-driving, career-minded professionals. The arrangement was perfect if she thought about it. No strings, no drama. But the risk of losing him as a friend if the situation changed was all too real.

“I don’t think we should.” She pushed up on her elbows. “This was wonderful. You were amazing, but I don’t think it should happen again.”

Tris rolled on his back and groaned. “It’s possible you’re overthinking this, you know?”

It wouldn’t be the first time. “Are you surprised about that? I always overthink, and this thing we did, I’m going to be thinking about it. A lot. But we’re not going to do it again.”

“The thing we did? You mean the incredible, mind-blowing sex?” Tris laughed when she nodded.

“I know,” Leah whimpered. “Which is another reason you shouldn’t want to sleep with me.”

“Well, I do. I like being with you, but I can see this has you really upset, so how about just once more before you go?”

Once more. A send-off of sorts. Something to remember him by. One more chance to feel his hands and his mouth on her body. To feel him buried inside her. Leah heard herself sigh as she remembered every sensation, every movement, every uttered word.

“Well, beautiful?” His voice was like a breeze on a hot summer night. Deep, rich, and full of dirty promises. “What do you say?”

She didn’t even hesitate. “Yes.”